The Bujinkan Dojo was organized in the early 1970’s by Masaaki Hatsumi. This organization is comprised of nine distinct schools of ancient Japanese martial arts, with traceable histories from the 9th century and earlier. Hatsumi-sensei inherited these ryuha from his teacher, the late Toshitsugu Takamatsu, in 1972.The Bujinkan Budo Taijutsu system of martial arts emphasizes natural and relaxed body movement. This martial art is comprised of authentic techniques from ancient samurai and ninja combat arts, taught within both their historical contexts as well as within the modern context.

In this video, Muzosa’s head instructor Jeff Christian and his students demonstrate Bujinkan techniques for the YouTube channel Inside Martial Arts. 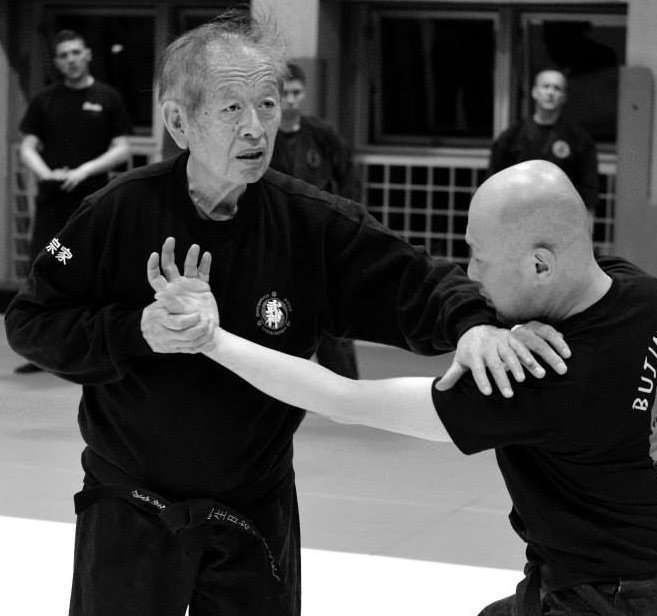 Masaaki Hatsumi was born on December 2, 1931, in Chiba Prefecture, Japan. He studied Asian and Western martial (including judo, karate, and boxing), fine arts, soccer, gymnastics, acting, and dancing. At the age of 27 he began studying the martial arts traditions taught by Toshitsugu Takamatsu.

As Takamatsu’s last and only “true” student, in 1972 Hatsumi-sensei succeeded to Takamatsu-sensei’s nine school of ancient Japanese martial arts. He founded the Bujinkan Dojo, where he teaches the martial art derived from these nine traditions, which he has named “Budo Taijutsu.”

In 1982, Hatsumi-sensei traveled to the West for the first time, to Dayton, Ohio. In 1986 he began to teach regularly overseas, which he would continue until 2003. By this time he had taught in numerous places in the U.S. and Europe, as well as Israel, Australia, Argentina, and South Africa.

In addition to his constant teaching schedule, Hatsumi-sensei has also received many honors, including:

Hatsumi-sensei has also acted, consulted, or directed numerous Japanese films and television shows, as well as recognized in Japan for his literary and artistic works. 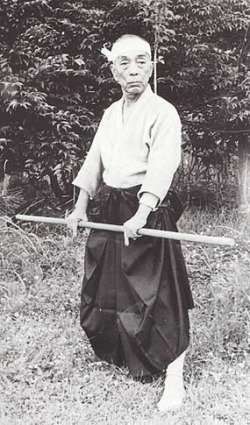 Toshitsugu Takamatsu was born on March 10, 1889 in Hyogo Prefecture, Japan. He began studying martial arts at the age of nine and mastered various styles from Ishitani Matsutaro, Mizuta Yoshitaro Tadafusa, and his grandfather Toda Shinryuke. Takamatsu-sensei was already an accomplished budoka by the time he was a teenager, having won challenge matches against other martial artists and sumo wrestlers. As a young man in his twenties he retreated to the mountains of Kobe to continue his rigorous physical and spiritual practice.

After leaving the mountains he soon returned to China, and for the following 10 years he encountered many life and death situations in true fighting. He reportedly fought many strong Chinese martial artists in mortal combat and used his budo to defend himself against even wild animals.

In 1919, after mastering the combat arts, Takamatsu-sensei returned to Japan in order to master spiritual studies. He became the head monk at a mountain temple of esoteric Buddhism in the Yamato district. In the 1950’s, he taught martial arts in Nara Prefecture; in 1957 he met Hatsumi Masaaki (Yoshiaki) and groomed the young man to become the successor to his rich martial arts legacy. Referred by Hatsumi-sensei as the “last true combat ninja,” the venerable Takamatsu-sensei passed away in May of 1972, at the age of 84 years.

Collectively, the three kanji that make up the adjective “muzosa” can mean different things in Japanese: simple, artless, flowing; it can also mean careless. This description perfectly sums up how we strive to practice our art. It should be simple, effective, efficient, perhaps even easy. It should be so simple and easy that to casual observers, it looks almost carelessly executed. It can be a difficult concept — to defend yourself without seeming to be defensive, to move without seeming to have changed position.

We practice with this concept of “muzosa” in mind. At the highest level, your art is concealed even while you are showing it, which is how we expect a ninja to act.

Jeff began training in 1983 under Stephen Hayes and then in 1986 began studying under Larry Turner and Kevin Schneider. He received his godan (5th degree black belt) in 1993 and began teaching in NYC in 1994, when he started Muzosa with Tim Brown. Jeff received his ju-godan (15th degree black belt) in 2009. He was awarded the rank of daishihan in 2018. 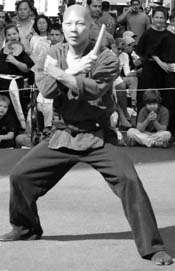 Naim began training in 2001 and passed his godan test (5th degree black belt) in 2014. He lives in Harlem and is charge of the Muzosa classes in the Bronx.

Alex began training at Muzosa in 2005, and passed his godan test (5th degree black belt) in 2014. A graduate of the Pratt Institute, Alex teaches Muzosa classes in Brooklyn.

Edwin began training in 1983 under various instructors before training regularly under Billy Shearer in Atlanta, Georgia in 2000. Edwin moved to New York and later joined Muzosa in 2005, and was promoted to godan in 2020. He’s currently living and teaching in the Pittsburgh area.

Erin began training in the Bujinkan in 2004 under John Negron and Michael Cullen before coming to Muzosa in 2005. She was promoted to sandan (3rd degree black belt) in 2012.